Each week, I’ll pull together a range of items that have attracted my attention. I hope you will find the variety of topics covered both interesting and enlightening. If you follow a site that is, maybe, a bit off the beaten track and think it would be of interest, please contact me and I’ll take a look. Please remember to read the comments, as the information (and the links) contained in them often put the main article into context..

Russia’s Pulkovo Observatory: “we could be in for a cooling period that lasts 200-250 years” 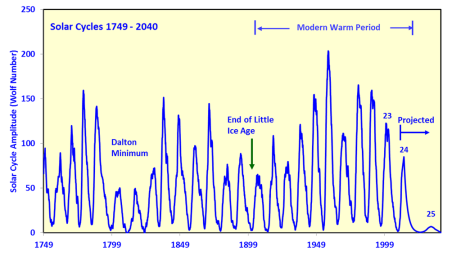 Scientists at Russia’s famous Pulkovo Observatory are convinced that the world is in for a period of global cooling.

Global warming which has been the subject of so many discussions in recent years, may give way to global cooling. According to scientists from the Pulkovo Observatory in St.Petersburg, solar activity is waning, so the average yearly temperature will begin to decline as well. Scientists from Britain and the US chime in saying that forecasts for global cooling are far from groundless. Some experts warn that a change in the climate may affect the ambitious projects for the exploration of the Arctic that have been launched by many countries.

Lüdecke, Hempelmann, and Weiss found that the temperature variation can be explained with six superimposed natural cycles. With only six cycles they can closely recreate the 240 year central European thermometer record. There is little “non-cyclical” signal left, suggesting that CO2 has a minor or insignificant effect.

The three German scientists used Fourier analysis to pick out the dominant cycles of one of the longest temperature records we have. The Central European temperature is an average of records from Prague, Vienna, Hohenpeissenberg, Kremsmünster, Paris, and Munich.

The dominant cycle appears to be about 250 years. There is also a cycle of about 60 years, corresponding to the Atlantic/Pacific decadal oscillations.

Data is of course, always the biggest problem. If we had 10,000 years of high quality global records, we could solve “the climate” within months. Instead, we have short records, and Lüdecke et al, make the most of what we have. The European records are only 240 years long, or (darn) one dominant cycle, and only one region, so to check that the results are valid over longer periods they also analyze a the 2000 year Spannagel Cave stalagmites proxy, where the dominant cycle of roughly 250 years is confirmed.

To show that the results apply to other parts of the world, they look at the Vostok, Antarctica series.

A paper published today in the Journal of Climate finds tiny variations in solar activity over 11-year solar cycles have greatly amplified effects upon climate via changes in the Arctic Oscillation, North Pacific sea surface temperatures & sea level pressure, and via changes in stratospheric ozone from solar UV. The authors find the Arctic Oscillation evolves from a negative mode a few years before solar maximums to a positive mode at and following solar maximums. The IPCC claims the tiny variations in solar activity during solar cycles cannot affect climate, but this paper and many others demonstrate solar activity has greatly amplified effects upon climate via ocean oscillations, atmospheric oscillations such as the Madden-Julian oscillation and Quasi-biennial oscillation, stratospheric ozone, and sunshine hours/clouds.

Germany began the month of April with winter-like conditions, but the weather managed to warm up by mid month and ended up being just about normal, temperature-wise, according to the German Weather Service.

No research paper can ever be considered to be the final word, and the replication and corroboration of research results is key to the scientific process. […]

It is certainly not entirely clear from the above whether or not the Nature Group’s climate science related journals fall (perhaps conveniently?!) outside this new, improved umbrella. The absence of any mention of the “complex system” known as “climate” suggests that it will continue to be given an exemption from such enhanced scrutiny.

When one considers all that has come to light since Climategate in November, 2009, it is somewhat of an understatement to suggest that Nature‘s pattern and practice wrt the “transparency and robustness” of the climate science they publish – along with that of Science – is not a record of which either could or should be proud.

The internet is full of polls that I generally find irritating. How many believe that “A” will happen? or that “B will win? or that “C” is better than “D”? Whatever the result of the poll may be they show nothing more than where the preponderance of belief lies. The polls are evidence only of what people believe; they are not evidence of the subject being voted upon.

Either something is or it is not. 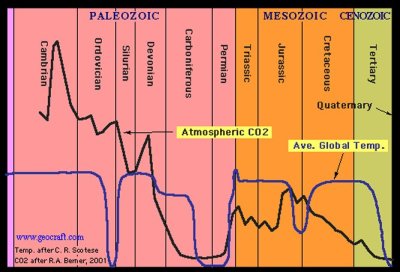 There is a chance that levels of atmospheric CO2 could exceed 400 ppm next month, according to readings from the US government’s Earth Systems Research laboratory in Mauna Loa, Hawaii.

So far this year hourly readings of 400 ppm have been recorded 6 times in the high Arctic, with such a symbolically important event about to happen the usual Green suspects have been begun wailing, and yes you guessed correctly, we are all going to die again.